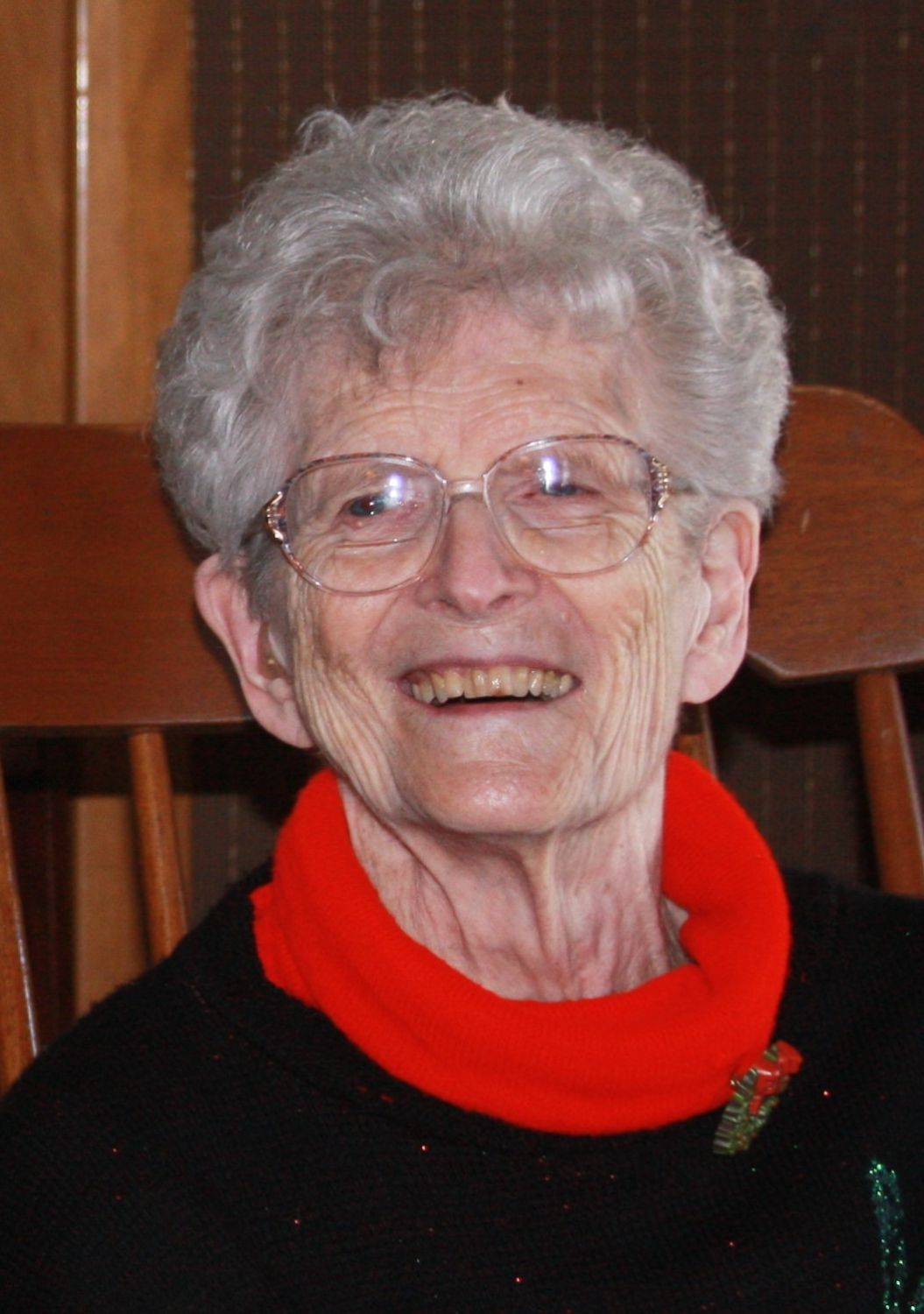 The first of two girls, Peggy Ann was born at home on October 29, 1933, to the late Veryle and Pauline (Wilson) Nuckols in Union City, OH.

In 1952 she graduated from East Side School. After graduation she accepted a position at the school and worked there until her marriage to Philip (Phil) Wasson in 1957.

They started married life in a two-room apartment in Killeen, Texas near Fort Hood where Phil was stationed. Elvis Presley was also stationed at Fort Hood during that time and Peggy Ann was able to get her photo taken with him outside his home.

She became a member of South Salem Church of Christ in 1958 and was involved with various women’s groups, choir, and Vacation Bible School. For eight years, Peggy and Phil greeted new Camp Christian campers as they worked the canteen during camper check-in on Sunday afternoons in Houston, OH.

She had been a resident at Pine Knoll in Winchester, IN since December 1, 2021. She was so grateful for the staff there.

Peggy was preceded in death by her parents and her sister Pauletta Nuckols.

Memories may be expressed online at www.reichardfh.com

To order memorial trees or send flowers to the family in memory of Peggy Ann Wasson, please visit our flower store.