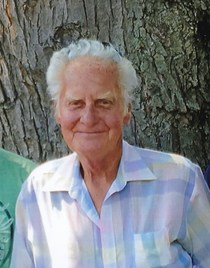 He worked as a pattern maker at Union City Mold and Lynn Non Ferrous for 42 years. He served in the United States Navy, loved sports, and playing euchre.

Ollie was loved very much by his extended family. Their love was returned, the "in-law" was removed.  Ollie's heart was full of love for his wife, children, and grandchildren. He was a simple man who enjoyed every little thing in life. He never asked for much for himself, but would do anything, and give everything to his family.
"Not to cry because it's over, but to smile because it happened." - Author Unknown
Be with God.
A memorial gathering will be held Tuesday July 18th, 2017 from 5:00-6:30 P.M. at Reichard Funeral Home Inc., 400 W. Deerfield Rd., Union City, IN.  A Memorial Service will be held at 6:30 P.M. also at the funeral home. The Randolph County Honor Guard will conduct a military service at 7:00.
Memorials can be made to Cancer Services of Randolph County.

To order memorial trees or send flowers to the family in memory of Ollie Jackson Jr, please visit our flower store.