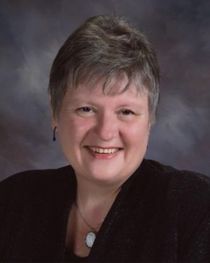 Linda Sue Hobson Stemmer, distinguished attorney, loving mother, grandmother, sister, friend and colleague passed away on July 13, 2018, surrounded by loved ones. She was born on July 15, 1951, in Union City, IN, where she attended Union City Community High School, and graduated as class valedictorian in 1969. Three years later she received her bachelorâ€™s degree from Purdue University with a double major in sociology and psychology. Linda went on to attend the School of Law at Indiana University earning a doctor of jurisprudence in 1978, and subsequently passed both the Indiana and Ohio state bar exams. She began to practice law at McCoy and Husmann in Union City, which established her as the first female attorney within five counties. Linda became a partner in the firm just four short years later. This year marked her 40thanniversary in a practice where her compassion, experience and dedication helped her to guide families through extremely difficult times.  In addition to her career in family law, Linda was the City Attorney for Union City, IN, for twenty-five years, secretary of the Randolph County Bar Association, and was honored to argue a case before the Indiana Supreme Court.

Following graduation from Purdue, Linda married Richard L. Stemmer from Union City, OH. Together they had two children, Ryan and Kathleen, but were divorced when the children were

young. Committed as she was to her work, Lindaâ€™s most precious experiences were with her children and grandchildren, whom she treasured beyond measure. She was an avid reader with a passion for words, giving books to strangers and friends alike. She will forever be remembered for her generous spirit, her soulful laugh, and her love of family and work.

Linda was preceded in death by her parents Carl L. Hobson and Delores E. Rush Hobson Halley. She is survived by her son Ryan Stemmer (Danielle) and her daughter Kathleen Brandenburg (Ryan) both of Winchester, IN; and six grandchildren Gage, Baylea, and Gavin Stemmer, Kaylee and Gage Mills, and Will Brandenburg. She is also survived by two brothers, Ronald Hobson (Donna), Cincinnati, OH; and David Hobson (Karla), Economy, IN; and two sisters Sandra Hobson Casmey (Howard), Vienna, VA; Carol Hobson Christie (Ken), Fishers, IN; and a multitude of nieces and nephews.

A memorial service to celebrate Lindaâ€™s life will be held at Reichard Funeral Home in Union City on August 11, 2018, at 4:00 pm with visitation preceding the service from 1:00 to 3:30 pm. Burial will be at the convenience of the family. In lieu of flowers the family suggests making donations to the Union City Public Library or the Randolph County Art Association or reading a good book and passing it along to a friend or learning a new word and using it in conversation or going for a walk and picking up litter along the way to make the world a more beautiful place because Linda surely did.

To order memorial trees or send flowers to the family in memory of Linda Sue Stemmer, please visit our flower store.