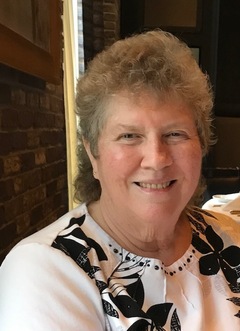 Kathy Lynette Marker, of Union City passed away on March 2nd at State of the Heart Hospice in Greenville, Ohio at the age of 69. She was born May 29, 1951 and raised in Union City, Ohio. She attended Mississinawa Valley school system and graduated in 1969. Right after graduation she was able to tour some of Europe with the All Ohio State Youth Choir where she forged friendships and memories. She studied education and music at Georgetown College in Georgetown, KY. She was an excellent musician, playing the piano, organ, and trumpet. After graduation she taught at Tri Village Schools for one year as the instrumental and vocal music instructor and then taught at Bradford School systems for the next 30 years. She taught music and, after obtaining her Masters degree in health science from Ball State University in 1981, she transitioned to teaching middle school and high school science. She also taught driverâ€™s ed for a time. She retired from teaching in 2004 and recently served as a substitute teacher almost daily until late January of this year. She was an active musician in the Greenville Municipal Concert Band for 53 years, playing trumpet. She played organ for Hillgrove Federated Church from childhood long into adulthood. She played piano for many weddings and special events.
She was an active member of her community. She began as an EMT in 1983 and went on to become one of the first female paramedics in Union City, Ohio. She worked countless hours at the fire department. She ran with the department until 2019. She began as a dispatcher at the department in 1986 and then worked as a clerk of mayorâ€™s court. She mentored many EMTs and paramedics over the years and was known for her kindness, patience, and teaching skills. She received the paramedic of the year award several times.
Kathy was a creative and skilled cake baker, known for her wedding and graduation cakes. This is a skill she honed and shared with her mother. Over the years she learned to decorate with flowers, fountains, and other details to make the cakes perfect for the bridal couple. She had done this so long that she took pride in doing cakes for children of her former students. She was also a fantastic cook and she was known to share her specialties with her loved ones. Everyone knew her home cooked meals, her red velvet cakes, and her sugar cream pie.
She loved to share her sense of humor, especially with her beloved brother, Ivan â€œScottâ€ Marker.  They could tell stories without ever saying a word. She retained her smile and expressions to the very end. She never married or had children but loved her extended family as her own. Her sister-in-law Barbara (Martin) Marker, nephew Christopher (Amy) Marker, and niece Dana (Daniel) Portillo. Great nephews include Cody (Taylor) and Ben Marker, Matthew Portillo, great nieces Kendell (Jacob) Wolfe and Marissa (special friend Richard Briere) Combs. She was predeceased by her father Chalmer Franklin Marker and her mother Lotha Lee (Landers) Marker.
She would want mentioned her love of all animals, most recently her cat Kiki whom she loved for the last 20 years.
Donations can be made to State of the Heart Hospice in Greenville, Spirit Medical Transport in Greenville, or the College of Veterinary Medicine in West Lafayette, IN with envelopes available at the funeral home.
Visitation will be at the Reichard Funeral Home, 400 W. Deerfield Rd., Union City, IN from 4 to 7 pm Sunday March 7, 2021 and, due to health concerns, the service will be by private invitation only. Pastor Scott Trittschuh will be delivering the message. Burial will be held in the Greenville Cemetery. Masks will be required. Online condolences may be expressed at www.reichardfh.com.

To order memorial trees or send flowers to the family in memory of Kathy L Marker, please visit our flower store.