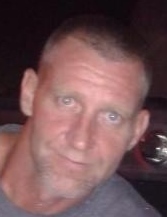 He was preceded in death by his Grandparents, Forest & Mary Lou Butcher and George Croyle.

Services will be 8:00 P.M. Thursday August 14, 2014 at the Reichard Funeral Home Inc. 400 W. Deerfield Rd. Union City, IN with visitation two hours prior to services from 6-8 P.M. also at the Funeral Home.  Burial will be at the convenience of the family.  Memorial contributions may be made to the Ethen Neal Trust Fund with envelopes available at the Funeral home.  Online condolences may be expressed at www.reichardfh.com

To order memorial trees or send flowers to the family in memory of John Wayne Neal, please visit our flower store.