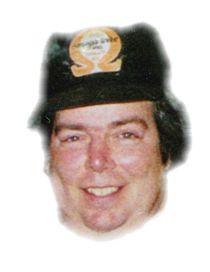 John R. Jackson, age 60, of Union City, Indiana passed away on Sunday August 20, 2017, at Reid Hospital in Richmond, Indiana.
He was born on March, 31, 1957 in Northridge, California to Frank and Lois (Knickerbocker) Jackson. He resided many years in Cato, New York and had spent the last fifteen years in Union City, Indiana where he worked at My Favorite Flowers Shoppe with his sister.
John brought pleasure to those around him with his quick wit and great sense of humor. He loved fishing and the outdoors. He enjoyed watching movies and had a movie collection that some considered larger than a video store. The last four years he spent a majority of his time spoiling his beloved great niece with chips and candy and everything else her mom and dad didnâ€™t want her to have.
Left to cherish his memory are his niece, Nicole (Aaron) Ingle (whom he thought of as his own daughter); great niece, Tenley, (whom he thought of as his granddaughter); siblings, Rosemary Burlingame of Hartford, New York, Frank (Renee) Jackson Jr. of St. Petersburg, Florida, James (Mulan) Jackson of West Jordan, Utah, Sandie Birum of Union City, Indiana, Vicki (Gary) Andrello of Liverpool, New York, Pete Jackson of Jefferson, Texas, Ronald (Geri) Jackson of Cato, New York; and his many cousins, nieces, nephews and friends.
He was preceded in death by his parents and two faithful canine companions, Griz and Dutchess.
A graveside service will be held at the convenience of the family. Online  condolences may be expressed at www.reichardfh.com

To order memorial trees or send flowers to the family in memory of John R. Jackson, please visit our flower store.