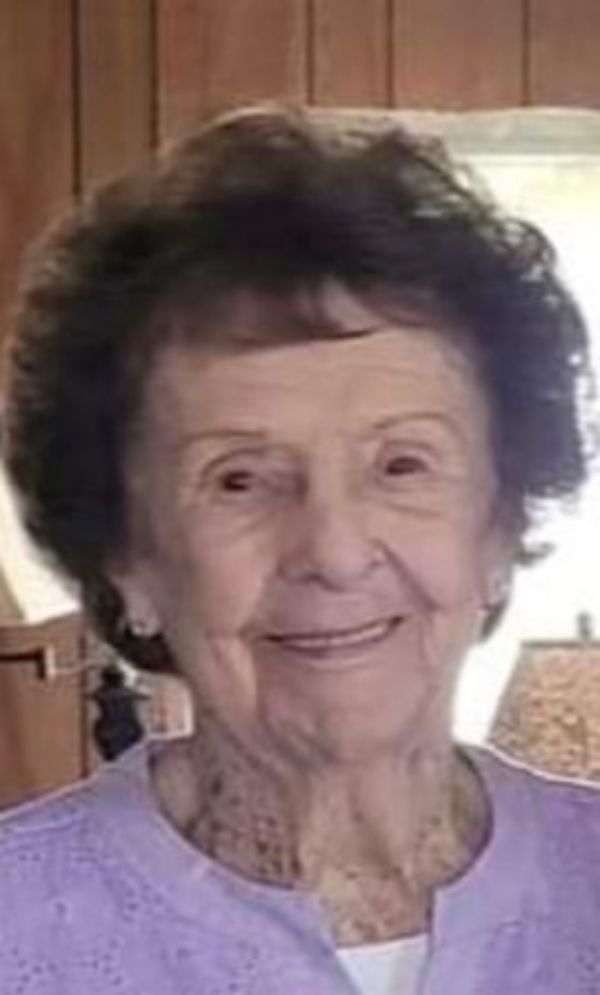 From an early age, she displayed remarkable musical skills, particularly on the piano. The local newspaper reported that she was improvising original material at age three and was performing publicly by age seven. At about age twelve, she performed Chopin’s Minute Waltz in recital -- “in under a minute,” as she was fond of retelling.

She lived briefly in Atlanta, Georgia during high school before returning to Rittman. A chance encounter with a friend’s friend led her to meet the love of her life, Harold Libert, whom she married about a year later. The two remained married for nearly 74 years.

As Harold studied engineering at Ohio State University, Jerri worked as an executive secretary to the Dean of the College of Dentistry. At around this time, Jerri and Harold traveled to Los Angeles to see OSU play in the Rose Bowl. That evening, she met a young Merv Griffin, then a big band singer. This led to a professional relationship, during which Jerri managed Merv’s fan club and did other publicity work for the up-and-coming entertainer. During this time, Jerri and Harold made several trips to New York, meeting a number of celebrities along the way. Some, including Sammy Davis Jr., remained in contact with Jerri for a number of years thereafter.

But the show business lifestyle did not appeal to her. About this time, both she and Harold felt the call of God upon their lives. This led to Harold’s enrolling in the Evangelical Lutheran Seminary to become a minister, and led Jerri to write a hymn entitled “He Calls Me Back” -- which she considered to be a testimony in song, and often played and sang throughout her life.

Harold and Jerri moved to Union City, Indiana in 1966 with their three sons, Richard (Rick), Mark, and Timothy (Tim). Jerri lived in Union City for the remainder of her life, playing piano and organ in the several churches that her husband pastored. She also taught piano to many dozens, if not hundreds, of local children and adults for several decades – many of whom recall her disciplined but encouraging teaching style to this day. She also did publicity work for a Gospel singer/pianist from Norway, Harald Tolfsen; accompanied a local Gospel singing group “The Harvesters;” and was a past president of the local Cecilian Club.

In the early 1990s -- her children grown and living elsewhere -- Jerri began a new career, as she pursued higher education and discovered a love for teaching. In December 1993, she received her Associate of Arts in Liberal Studies, with highest distinction, from Indiana University East in Richmond, Indiana, followed in March 1997 by her Bachelor of General Studies, also with highest distinction. In December 2001, she received her Master of Arts from Ball State University in Muncie, Indiana. During this time, she worked as an SI (supplemental instruction) leader at IU East, and eventually as an adjunct professor, teaching American History and Political Science. She continued to teach into her 80s and was a favorite with students and faculty alike.

Jerri and Harold loved traveling, taking annual trips to Maine and upstate New York, also having visited Norway, Austria and other European locations. While at IU East, Jerri spent several weeks studying in Oldengberg, Germany, having been present not long after the fall of the Berlin Wall.

After her retirement from teaching, Jerri enjoyed reading, dining out locally, and visiting with her family and friends. She continued playing piano on a weekly basis at the First Christian Church in Union City until October of 2022.

Jerri is survived by her husband, Harold C. Libert, her sons Richard C. Libert and Mark H. Libert, and two daughters in law, Cindy Libert (Staggs) and Susie Libert (Miller). A third son, Timothy, predeceased her in May 2022.

The family would like to extend its heartfelt thanks to the caring staff at JAG Union City Care Center and EverHeart Hospice during this difficult time.

Visitation will be held at the Reichard Funeral Home in Union City, Indiana on Friday, January 20, 2023 from 11:00 am to 1:00 pm, with services following at 1:00 pm., The Rev. Father Peter Logsdon officiating. Burial will be in the Union City Cemetery.

Memories may be shared online at www.reichardfh.com

To order memorial trees or send flowers to the family in memory of Jerrine Marie Libert, please visit our flower store.