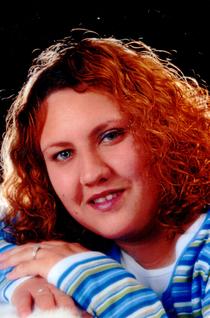 She was born October 9, 1981 in Union City, Indiana, a daughter of Lisa Ralston and Delmar Hall, both of Union City, Ohio. Jennifer was preceded in death by her brother, Delmar WJ Hall, Jr.

Jennifer loved her family and friends. She adored her dog, Spuds Mackenzie, who also preceded her in death.

Funeral services will be held at 11AM, Wednesday, August 5, 2015, at Reichard Funeral Home in Union City, Indiana with Chaplin Randy Reed officiating. Burial will follow in the Union City Cemetery.

The family will be receiving friends, Tuesday, from 6PM to 8Pm and again one hour prior to the service on Wednesday at the funeral home.

Memorial contribution may be given to the funeral home to help offset final expenses.

To order memorial trees or send flowers to the family in memory of Jennifer Marie Yoder, please visit our flower store.