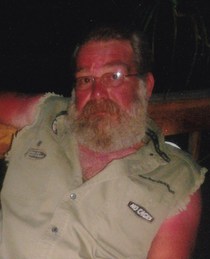 Fred retired from Frank Miller Lumber Company in 2014. He was an avid Harley rider and enjoyed riding with family and friends, he also enjoyed spending time with his family and grandchildren.  He will sadly be missed by all that knew him.

He is survived by his wife of 32 years, Tina L. Lester; his son, Dakota "Cody" Lester (Kaylyn Humphries); his granddaughter, Kyndall Lester; his grandsons, Kamden Lester and Jalen Claywell all of Union City, IN; a brother,  Ballard (wife Cathy) Lester of Beckley, WV; nieces and nephews also.

He was proceeded in death by his parents, Carl and Lena (Thompson) Lester; brothers, Buck and Carl Jr.; sister, Nancy; and his beloved Grandson, Owen Wesley-Allen Lester.

There will be a celebration of his life at the Reichard Funeral Home, 400 W. Deerfield Rd., Union City, IN on Wednesday, April 4 from 4-6 p.m. with a service to follow. Mark Ridgeway will officiate the services. Burial will be held later at the convenience of the family.

To order memorial trees or send flowers to the family in memory of Fred W Lester, please visit our flower store.