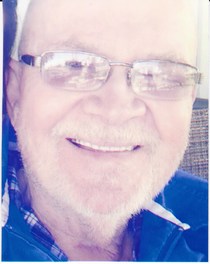 EUGENE LEON “FROGGY” WELCH, 78, of Union City, Indiana went to be with the Lord on Monday August 18, 2014. He was born on March 14, 1936 to the late Gilbert & Dorothy Monroe Welch.  Gene enjoyed working on cars, riding motorcycles, camping, but best of all just being with his family.
Gene was a member of the Calvary Assembly of God Church for many years. He served in the church and enjoyed being around his church family. He retired from the Union City Body Company where he worked for more than 30 Yrs. Gene was a member of UAW Local #494.
Gene is survived by his wife of 31 years, Sue Ann Welch, daughters, Tammy (Dave) Ward of Springfield, MO, Suzanne (Barry) Duff of Portland, IN, Jeanne (Sid) Setser of Franklin, OH, step-daughter Susan (David) Canada of Union City, IN, and a foster son, John Casey of Massachusetts.  He was grandpa to; Stephanie Ward, Zach (Jessica) Ward, Anthony (Megan) Ward, Lora (Craig) Partin, Adam Ward, Erica (Buster) Younge, Dustin (Jessica) Thomason, Devin (Amber) Thomason and Tyler (Brandi) Setser, and great grandpa to 22 great grandchildren.  A brother, Duane (Leona) Welch also survives.
Gene was a follower of Jesus Christ and has gone on to eternal life with the Lord and other family members before him.  He was preceded by his parents, a brother, Jim Welch, grandsons, Dallas Thomason and Thomas Canada, 2 nephews, Scott Rudy and Matthew Key.
Services are 2:00 P.M. Wednesday August 20, 2014 at the Calvary Assembly of God Church, 720 N. Plum St., Union City, IN with the Rev. Sonny Pettie officiating.  Visitation will be from 11:00 A.M. – 2:00 P.M. prior to services at the church.  Burial will follow at the Union City Cemetery.  Memorial contributions may be made to the Calvary Assembly of God Church in Memory of Gene.
Reichard Funeral Home Inc. entrusted with services.  Online condolences may be expressed at www.reichardfh.com.

To order memorial trees or send flowers to the family in memory of Eugene Leon Welch, please visit our flower store.