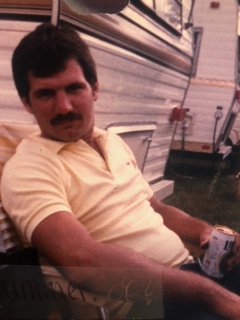 Douglas Lee Warren, 61, of Union City, IN passed away Monday November 16, 2020 at Miami Valley Hospital in Dayton, surrounded by his family. He was born May 25, 1959 to the late Don Warren and Carolyn Wirkner .

Doug owned Warrenâ€™s Sunoco from 1984 to 1998 and loved helping the community. There wasnâ€™t a person he wouldnâ€™t help out and definitely not a person in town he didnâ€™t know. Doug had an infectious smile and just wanted to see everyone around him happy and having a good time. He traveled a good portion of the United States as a painter for a few different painting companies in town. He was at his happiest spending time with his kids or just sitting and listening to Elvis Presley. You could always catch Doug either on the lake, at the Muncie Dragstrip or at a car show. He loved showing and driving his 1955 Chevrolet Bel-Air. In his later years he spent most of his time on the road painting and still spreading laughs. Doug will be missed greatly by all who knew him. He was a mechanic, auto detailer, painter and most of all, a great family man.

He was preceded in death by his parents.

Burial will take place at a later date at the convenience of the family. Arrangements entrusted to Reichard Funeral Home, 400 West Deerfield Road, Union City, IN 47390.

Online condolences may be expressed at www.reichardfh.com
To order memorial trees or send flowers to the family in memory of Douglas L. Warren, please visit our flower store.