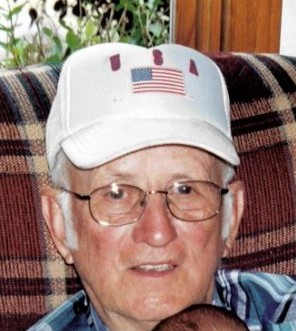 Bennie (Ben) Reffett age 91, of Union City, Indiana went to be with his Lord on Tuesday February 15.  Ben was born on August 20 1930 in Middletown, Ohio to the late Ben and Glessie Reffett.

Ben was a devoted husband, father, grandfather, great-grandfather, and friend. Ben and his wife Marie celebrated their 68th wedding anniversary on February 12, 2022.  They loved to travel and had visited 47 of the 48 lower states and all across the Canadian Provinces.  Many of their trips included friends and family.  They especially enjoyed taking the grandchildren. Ben enjoyed motor home traveling, motorcycling and school bus driving.  He also loved to fish and play cards.

Ben served in the US Army from 1951 - 1953 in Korea.  He retired from the Union City Body Company of 25 years and then drove school bus for Union City Schools for 13 years.

Memorials may be made to South Salem Church of Christ, 7126 East County Road 100 S. Union City, IN his beloved church that he faithfully served.

Memories may be expressed online at www.reichardfh.com.

To order memorial trees or send flowers to the family in memory of Bennie Reffett, please visit our flower store.